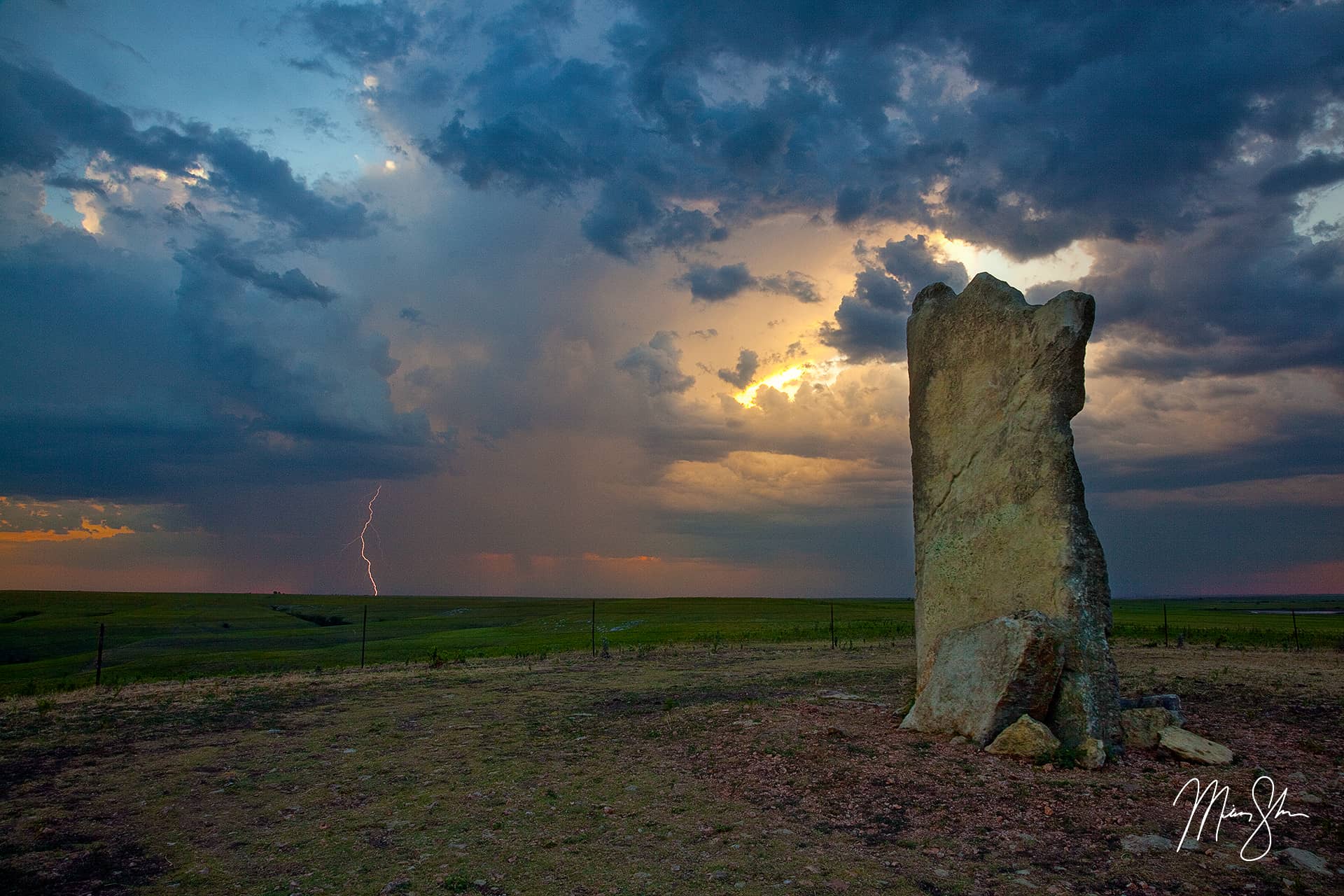 Teter Rock is one of the coolest hidden Kansas secrets out there. Sitting in the middle of the Flint Hills out on the land of a rancher is a giant slab of stone that looks like someone took one of the stones from Stonehenge and plopped it out on the Kansas prairie. Teter Rock was originally put up as a guide for settlers crossing the Flint Hills. The remains of Teterville are nearby, some of which contain the original set of rocks that created Teter Rock. The current long slab of 15+ foot stone that makes up what is now Teter Rock was erected in the 1950's as a testament to James Teter. Teter Rock is a wonderful place to watch a meteor shower or shoot photos of the Milky Way. It's also a great place to witness a spectacular sunrise or sunset. My first visit brought a thunderstorm that brought down lots of lightning and rain. Witnessing a thunderstorm out here is an awe-inspiring moment!